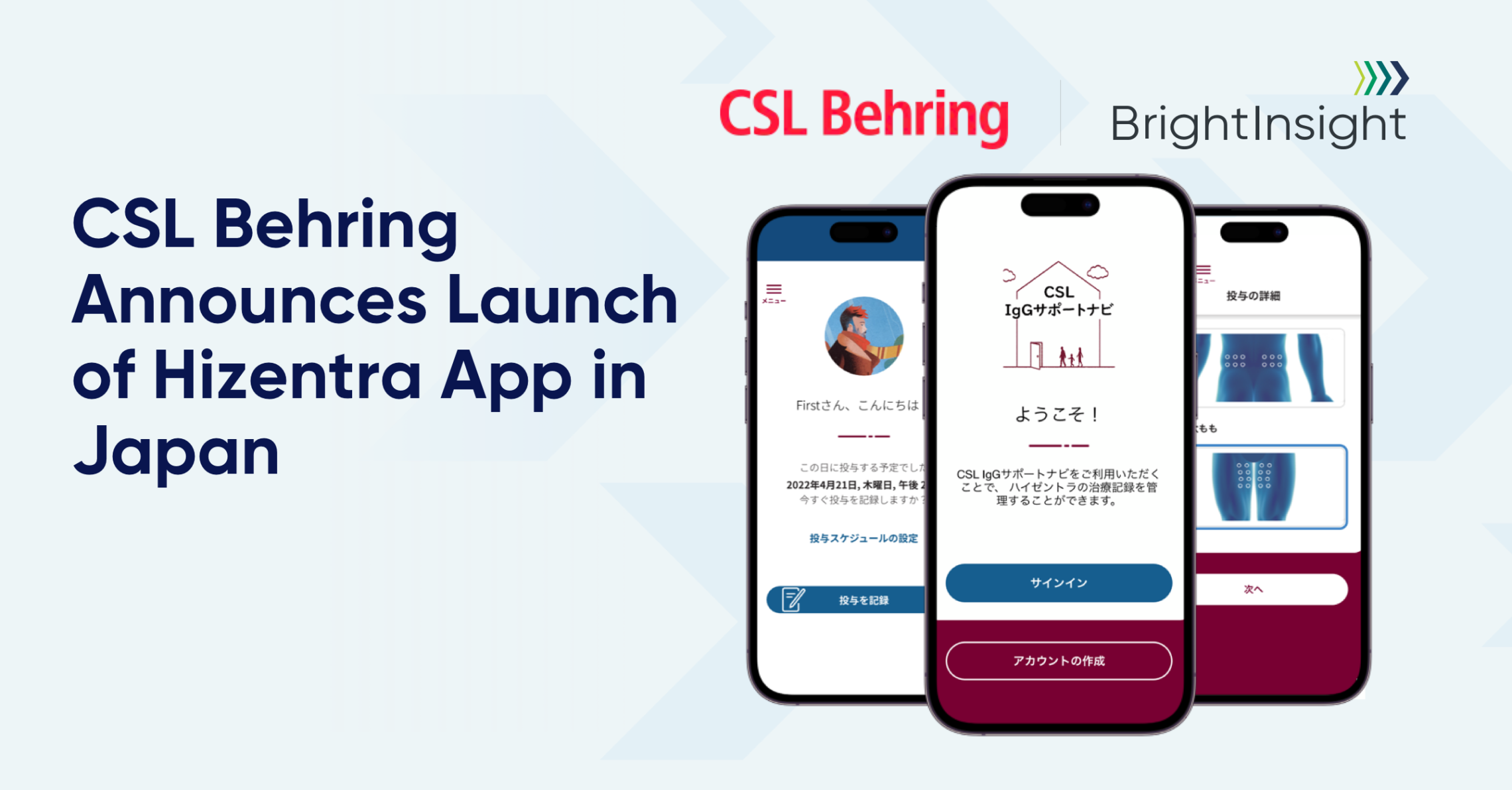 We are proud to share that CSL Behring, a leader in global biotherapeutics, announced the expansion of its Hizentra app to Japan. CSL Behring’s Japanese press release notes that the app supports patients taking Hizentra with medication reminders, record management, infusion tracking and more. The global expansion of the app is driven by significant adoption and high retention rates among users of the U.S. Hizentra app.

The U.S. app has earned a 4.6-star rating on the Apple App store. CSL Behring reports an adoption rate of 20% of the brand’s patient population. The company has already captured over 800,000 electronic patient reported outcomes (ePROs) and over 160,000 at-home self-administrations of the drug. The Hizentra app sees high user retention of 89%, nearly double the 45% industry average.

After the swift and successful U.S. release the company is beginning to launch the app in additional global markets, starting in Japan. Plans for continued global expansion of the Hizentra app include launches in Canada, South America and Central America.

This announcement comes on the heels of BrightInsight’s enterprise agreement with CSL Behring to expand their partnership to build apps for rare disease medicines across their brand portfolio and expand them globally.

We are excited to help CSL Behring expand into new markets with its Hizentra app and look forward to additional launches across the globe. Japan is a key market for BrightInsight and our customers, and this launch marks a significant milestone in our geographic expansion, further underscoring the value of our platform to enable customers to quickly and compliantly launch and scale their SaMD, drug companion apps and more.